What is it and how to apply for Asylum Status

Usually, an applicant must prove that he/she has a “well-founded fear of persecution” based on his/her religion, race, social membership, political opinion or national origin. Once granted, the asylum seeker is called an “Asylee”. 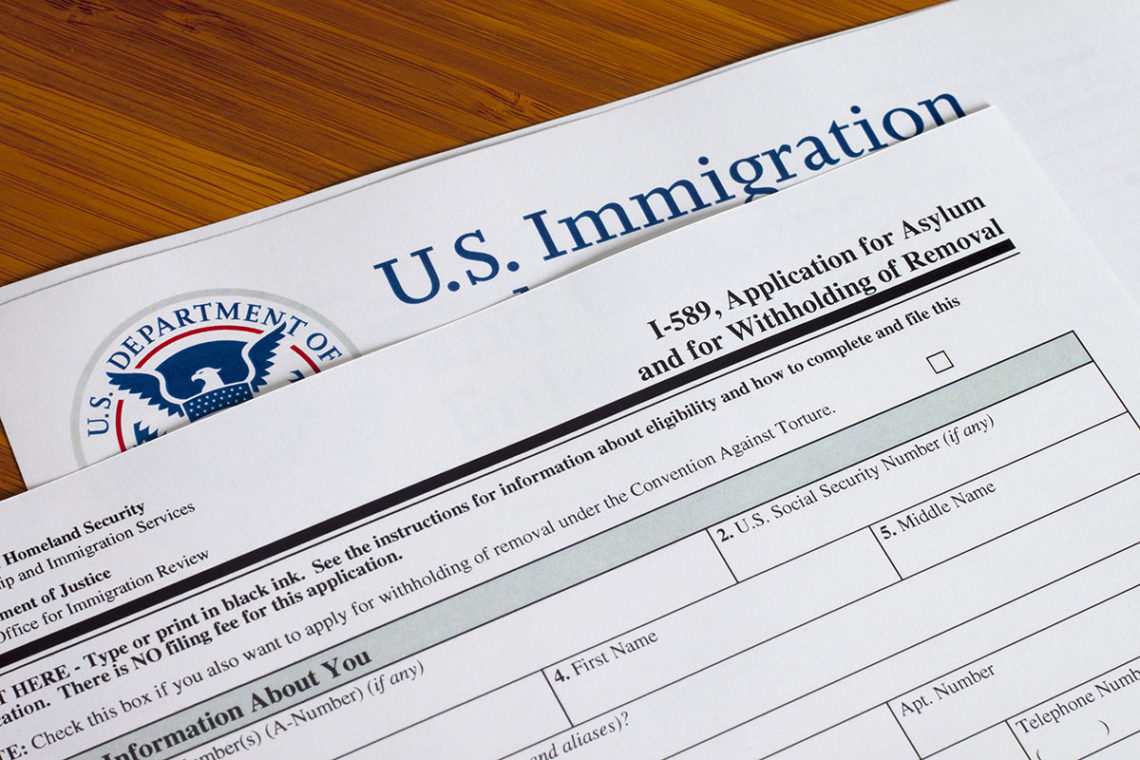 Persons inside the United States can apply for it in two ways:

The application must be submitted to the U.S. Citizenship and Immigration Services (USCIS), a division of the Department of Homeland Security (DHS). USCIS will schedule an interview with a specially trained officer in one of the eight US Asylum offices. This submission is called “affirmative application”. If the USCIS officer does not grant the immigration application and the applicant does not have a lawful status, he/she is referred to the court for removal proceedings, where he/she may renew the request for it through the defensive process and appear before an immigration judge.

A “defensive” application is filed as a way to prevent deportation from the U. S. when the refugee is in removal proceedings. If a defensive application is filed, the judge at the Executive Office for Immigration Review (EOIR) in the Department of Justice will decide on the outcome.

In both cases, the application must be filed within one year after entering the United States; otherwise, the application will automatically be considered invalid. The exception to the rule are allowed for extraordinary circumstances.

Requirements for an Asylum Application

An application usually consists of the following documents:

The success of your immigration application, among other factors, primarily depends on:

A person may apply for asylum, even if he does not have any legal immigration status in the United States (for example, the status has expired). Once an application has been accepted by USCIS, a person is authorized to remain in the country while his application is under review. A person may at this time request a Departure Document (“Advance Parole”) if he needs to leave and enter the country. However, it is not recommended to go to his home country as this may weaken the persuasiveness of the statement about the fear of persecution in his home country.

Usually, the applicant waits to receive an appointment for an interview with an asylum officer. If the interview is successful, asylum will be provided after the interview, and a written notice will be sent in a few weeks by mail. If it is not granted after the interview, the officer refers the case to the judge. The judge will schedule the day of the main hearing. Depending on the workload of a specific court, the hearing could take place in months or years.

The applicant may apply for an employment authorization document (EAD) 150 days from the date of filing the initial application.

If it is denied by a judge, the applicant may file an appeal with the Board of Immigration Appeals.

Like refugees, political Asylee must, in addition to well-founded fears of persecution, be checked in their biographies to see if there are any reasons why they might not be allowed in the US, for example, because of their criminal history. Applicants must submit fingerprints and be tested by all relevant US agencies, including the FBI, INS, as well as pass through the Department of State databases and other Information databases.

Asylum processing can be complicated and time consuming. Get immigration help from the experienced and dedicated Houston Attorney Gasana and we will guide you through the process. Call our office at 281-809-5599 to schedule your legal consultation today.