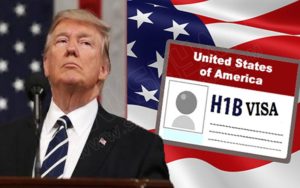 The future of H-1B in limbo as many changes are being implemented by the Department of Homeland Security The H-1B allows skilled foreign workers who hold at least a bachelor’s degree to be hired by U.S. employers in a “specialty occupation.” The maximum validity of the H-1B visa is 6 years and it is issued in three (3) year increment. The regulations allocate a total of 85,000 visas per fiscal year, including 20,000 allocated to foreign workers with a U.S. Master’s degree. Each fiscal year, U.S. Citizenship and Immigration Services (USCIS) agency receives more petitions than there are available visas. For example, in the 2019 fiscal year, USCIS received 190,098 […]