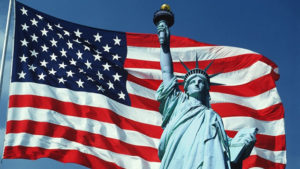 On December 27, 2016, the USCIS Administrative Appeals Office (AAO) revised the analytical framework for assessing eligibility for national interest waivers under section 203(b)(2)(B)(i) of the Immigration Nationality Act (INA), and sustained the appeal and approved the petition in Matter of Dhanasar, 26 I&N Dec. 884 (AAO 2016).

Section 203 (b)(2)(B)(i) of the INA provides for immigrant visas to “qualified immigrants who are members of the professions holding advanced degrees or their equivalent or who because of their exceptional ability in the sciences, arts, or business, will substantially benefit prospectively the national economy, cultural or educational interests, or welfare of the United States.”

In 1998, AAO issued an interim decision interpreting the provisions of Section 203 (b)(2) of the Act in Matter of New York Dep’t of transp., 22 I&N Dec. 215 (Acting Assoc. Comm’r 1998). In Matter of New York (NYSDOT) and until December 27, 2016 the criteria for qualifying for an immigrant petition or green card through National Interest Waiver category, the following criteria had to be met:

1. Petitioner had to show that the area of employment is ‘of substantial intrinsic interest;2. Petitioner had to establish that any proposed benefit from the applicant’s endeavors will be “national in scope;”3. Demonstrate that the National interest would be adversely affected if a labor certification were required. Alternatively, demonstrate that the individual presents a national benefit so great as outweigh the national interest inherent in the labor certification process;4. Establish that the individual’s past record justifies projections of future benefit to the national interest.

In Matter of Dhanasar, the AAO vacated the NYSDOT legal framework partly because it gave a narrower interpretation than what inherently intended by Congress. Specifically, AAO acknowledged that the prong requiring proposed benefit to be “national in scope”, primarily focused on the geographic impact of the benefit. Moreover, in Matter of Dhanasar, AAO clarified the third prong because this prong applied to petitioners who are U.S. employers whereas National Interest Waiver green card category can be filed by an individual as a self-petitioner.

The third prong was also often misinterpreted to require the petitioner to test the labor market which is the requirement waived by the NIW provision.

Under the new NIW standard, USCIS may grant a national interest waiver if these three prongs are demonstrated with a preponderance of the evidence by the Petitioner:

1. The foreign national’s proposed endeavor has both substantial merit and national importance: A. Substantial merit does not require proof of economic impact although it would be a preference. It may be demonstrated in a range of areas such as business, entrepreneurialism, science, technology, culture, health, or education. Substantial merit prong can be met by an activity such as research” pure science, and the furtherance of human knowledge may qualify whether or not the potential accomplishments in those fields are likely to translate into economic benefits for the United States.”B. “National Importance” is to be evaluated by considering the potential prospective impact of the proposed endeavor. Factors such as national or global implication of improved manufacturing processes or medical devices; potential of employing U.S workers or producing other substantial economic impact in economically underserved areas will be considered without solely focusing on geographic area to be impacted.

3. It will be beneficial to the United States to waive the requirements of a job offer and thus of a labor certification: USCIS will evaluate various factors such as difficulty of securing a job offer or a labor certification (given the fact that the latter requires to show minimum qualification). Also, USCIS will evaluate the fact that even with other U.S. workers with similar minimum qualifications being available, the U.S. will still benefit from the foreign national’s contributions.

The new NIW standard is clearer and can be applied to a broad range of individuals. This will benefit self-petitioners and U.S. employers to be able to use this path to lawful permanent resident status as intended by Congress. However, USCIS will still exercise discretion in the evaluation of the criteria described above. This article is provided for information purposes.